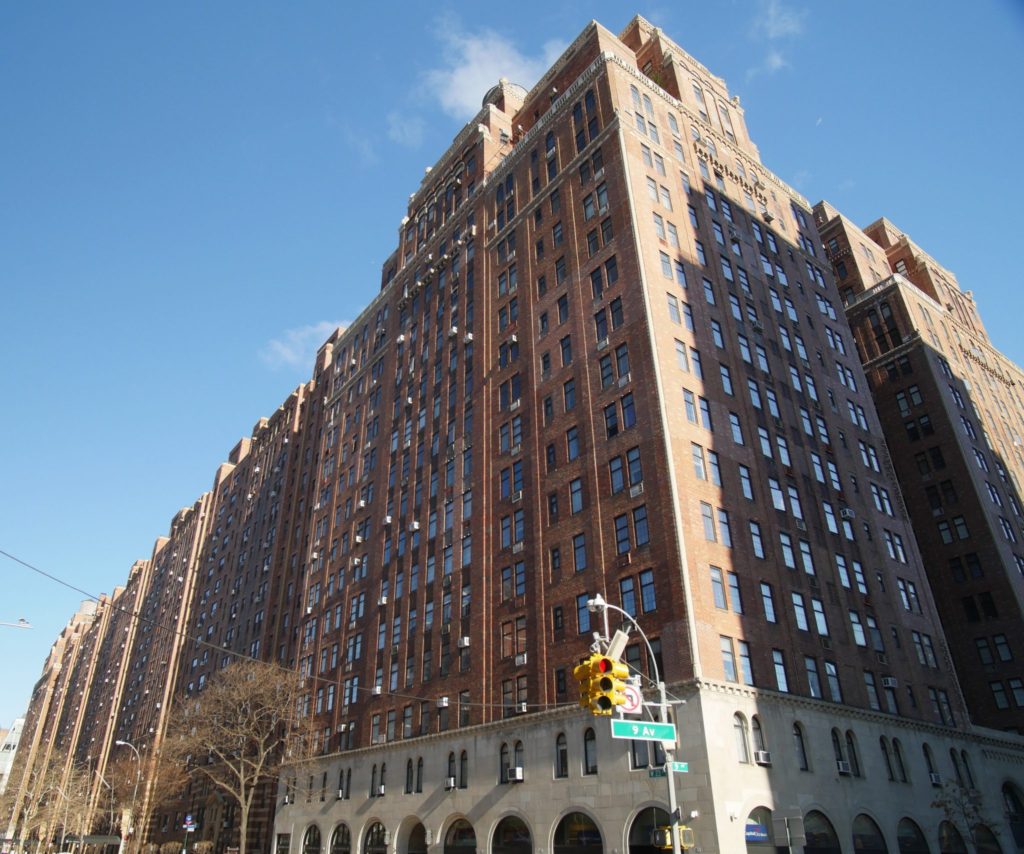 There exists a massive Parking garage that is situated below the garden courtyard. The Garage is approximately 39,600 square feet in area. The garage is operated by Quick Park. Cars enter on the 23rd Street side and exit on 24th Street. There are approximately 185 parking spots available in this garage. The structural concrete ceiling slab, which supports the garden courtyard above, has exhibited for many years water leakage through cracks, the perimeter joints, and the pipe/conduit penetrations. This water leakage is mainly attributed to the compromised/deteriorated roofing membrane that is situated on top of the structural slab. There are many planters that exist on this garden courtyard. The majority of these planters are adjacent to the brick walls of the buildings. There exists a gap between the brick/concrete block perimeter wall and the structural ceiling slab that is exhibiting substantial water intrusion, below the courtyard planter level, where the soil meets the brick building line walls. It appears that this interface contained an expansion joint sealant material that has deteriorated through the years. Also, the many pipe/conduits that electrically feed the lights, receptacles, etc. of the courtyard, penetrate through the structural slab into the garage below. Many of these penetrations have water intruding into the garage quickly after it begins to rain.

For many years the London Terrace Management had battled with this water infiltration problem of the parking garage. Many residents who park their car at this facility have complained about water stains on their vehicles, and the parking garage management companies (now currently Qwik Park) have put pressure on London Terrace to remedy this problem. At many ceiling locations above the cars, the building management could only install corrugated waffle boards to protect the cars from rain and to divert the water away.

The main issue with this water intrusion problem is of course, money, and inconvenience. It would take a massive reconstruction effort in the garden courtyard to waterproof the structural slab by conventional methods of roofing. The major issue would be removing the soil, shrubs, and trees from the planters, to get to the roofing system below, and to the perimeter joints. Many of the plants would be lost and the noise and dust created from these removals would be a huge nuisance to the residents. An approximate 3-year exterior façade restoration had recently been completed and hitting the residents up with this new nuisance would not have been too favorable. This waterproofing restoration project could only be performed in phases, as the planters would need to be removed/relocated, the new roofing waterproofing installed, and then the planters put back. Then the non-planter regular roofing areas would be torn out and re-roofed. This reconstruction/waterproofing roofing project was estimated to cost about $3 million dollars to complete.

The more cost effective and less inconvenient solution to remedy this water intrusion problem is “CGI” (Concrete Gel Injection) waterproofing. CGI Northeast Inc. performs “Concrete Gel Injection” by drilling and injecting through the negative (interior side), a two-component hydrophilic resin system, that chemically reacts to form a flexible water sealing gel. The gel is non-toxic, odor free, and environmentally friendly. The gel will remain within the concrete structural slab for the life of the structure. By implementing its technology from the interior side, all the costly and disruptive exterior excavations are eliminated. Due to Aqua Loc Resin LV and the additives being close to the same viscosity as water, these fluids can migrate into the tiniest of cracks, fissures and water pockets within the depth of the concrete. In addition, the fluids will also travel fully to the membrane above to form a gel where the membrane has been compromised.

After completing a mock-up area injection waterproofing at two parking spots in the garage, both London Terrace Management and Howard Zimmerman Architects were very impressed with the results. Our crews later began creating a gel membrane at the perimeter joints and the pipe penetrations throughout the entire garage. These locations were believed to contribute to most of the water leakage. The rainwater was running through these open locations, and then migrating through the compromised membrane and the cracks below. These locations were sealed up successfully. The injection waterproofing process can be implemented at additional and / or new cracks as needed in the future, as per the management’s direction. CGI Northeast can coordinate with management to perform the injection waterproofing as an ongoing maintenance program, with minimal inconvenience to the car owners and parking attendants.

CGI Northeast undertook another project from London Terrace Management. This involved eliminating the below grade water infiltration in the chimney breaching from the east and west boiler rooms. The section of the breaching that is underground, before it leads to the vertical shaft way, had been leaking for years and the majority of the bricks that line the breaching had fallen off.  A cleaning and reconstruction project of the chimney breaching, supervised by Darius Toraby Architects, PC, had begun. Upon the removal of bricks in the horizontal, below grade, portion of the breaching by another contractor, CGI Northeast performed injection waterproofing in the concrete walls of the breaching to eliminate the water infiltration through the cracks. Then the bricks were be re-installed by the other contractor. Excavating on the exterior side, below the street and sidewalk, to get to the exterior side to apply a conventional waterproofing membrane, would have been a costly and disruptive undertaking. Once again, CGI Northeast had been selected to implement its more cost effective and convenient injection waterproofing system. 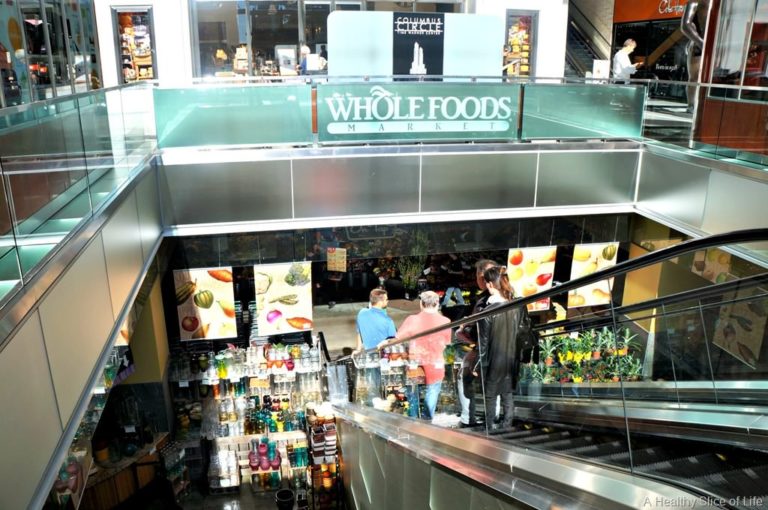 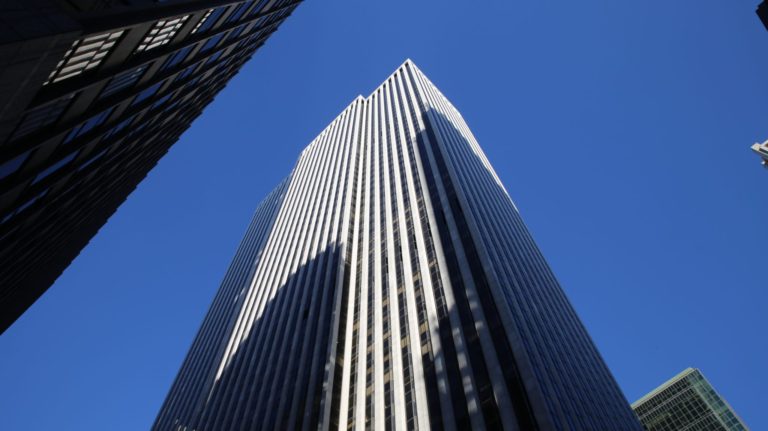 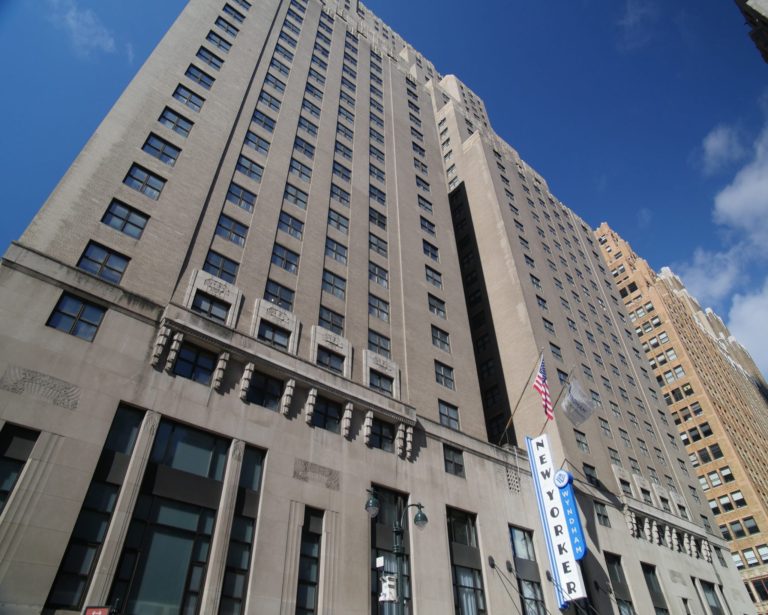 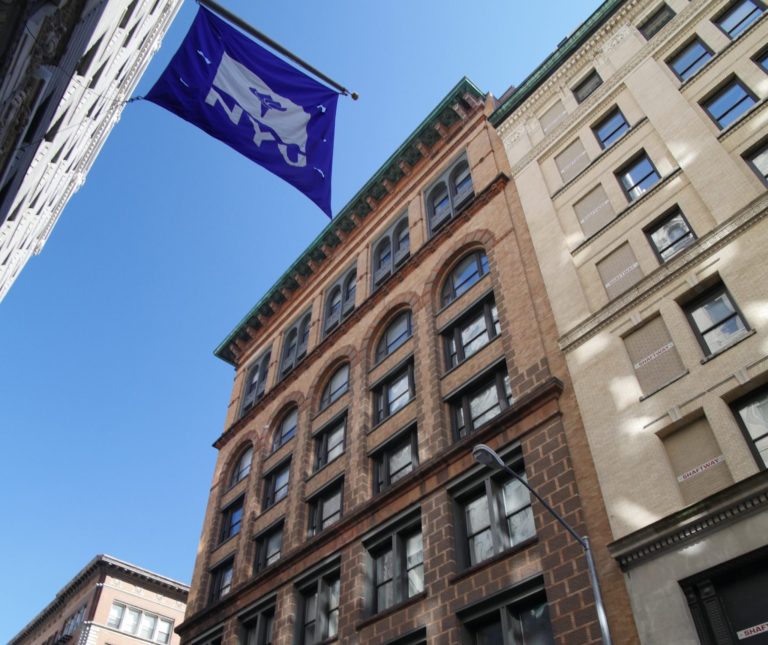 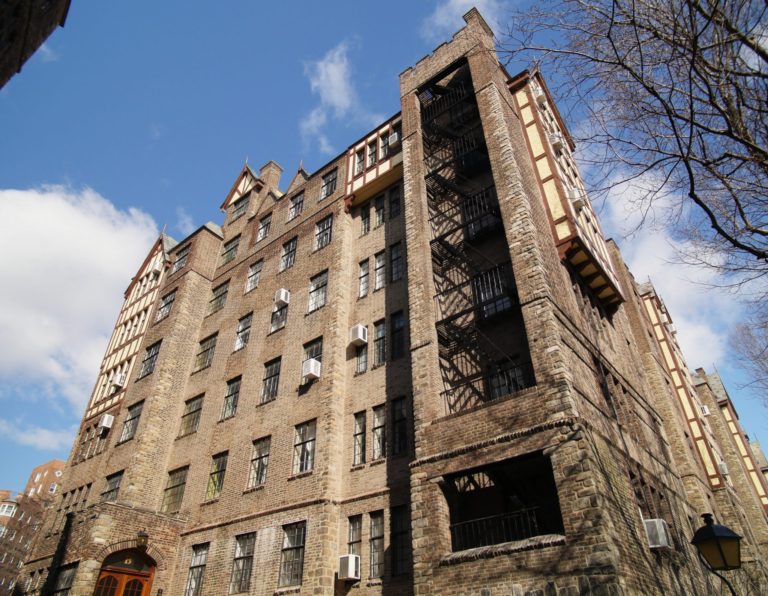 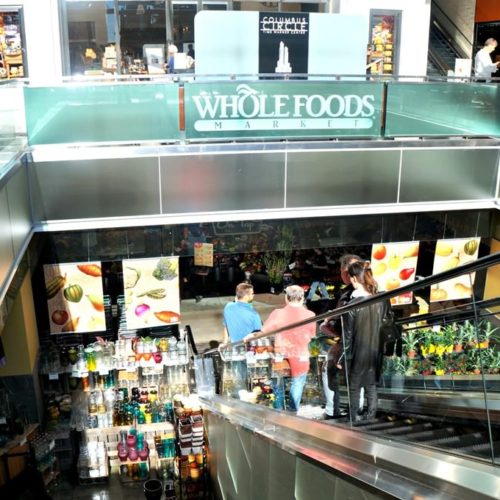 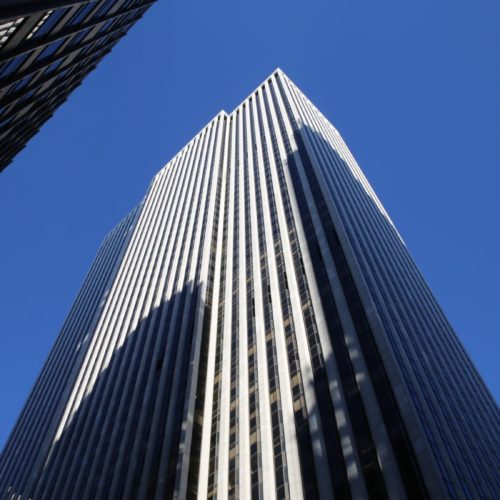 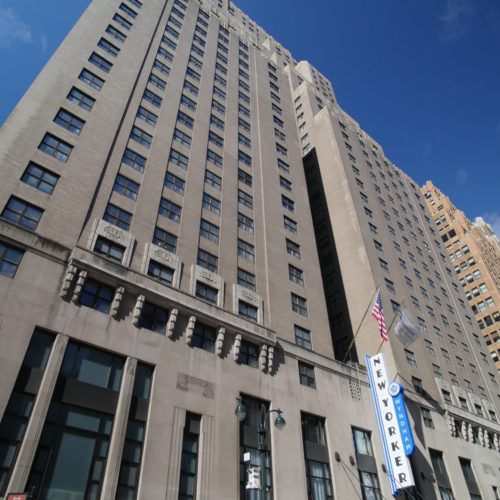 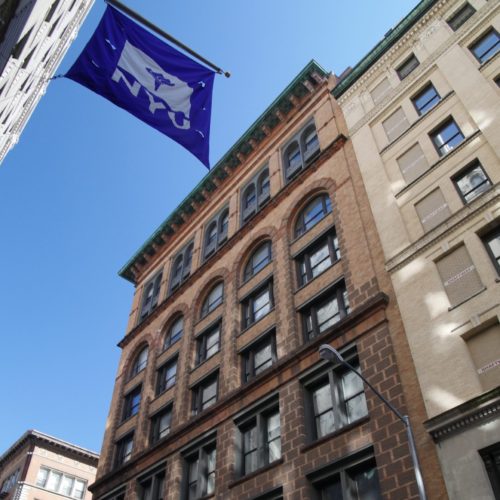 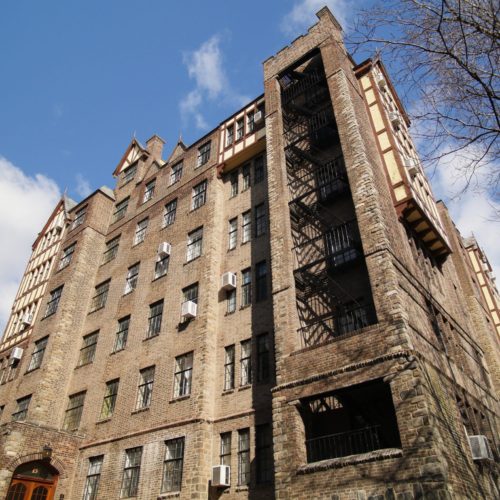